When I started building Five-Birds Photography in 2017, it also coincided with the time of my first major long-distance trip: South Africa. Since I wanted to capture this journey not only in images, but also in the film, I also had to get involved in the film editing (and later the motion design). At first, I used Premiere Elements from Adobe, but quickly reached the limits of the software and the tools were not enough for my creative thirst. So, in addition to my subscription for Lightroom and Photoshop, I also signed up for the professional video editing software Premiere Pro. But here, too, I realized that I had quickly reached a point where I wanted to “spice up” my films, e.g. with animated cards, clever subtitles and 3D text displays. And this was also not possible with Premiere Pro or only to a limited extent: here a special software for motion design was needed. Well, Adobe also offers this one with After Effects. After some deliberation, I canceled all my existing subscriptions to Adobe and signed a new subscription for the entire Creative Cloud (this was cheaper than adding After Effects to my existing subscriptions and I haven’t regretted it so far, as I basically use all the tools (e.g. Illustrator and InDesign in the field of graphic design)). More on this link.).

But what is "motion design" actually? Here is a short but concise answer:

Motion design is the audiovisual design of moving images through typography and graphic design. Mostly it's about film screenings, trailers or advertising.

So I started to discover this theme of design for me as well. As an autodidact (which I am, since I have no apprenticeship or study with a photographic or design background) I have watched many tutorials, read more and tried a lot. What I do in the field of motion design instead, I want to introduce you briefly here on this page.

If you need an intro for your YouTube channel, an animated travel map, you can contact me and I’ll see what can be done. But now go on to the motion design by Five-Birds Photography.

For me and a few friends photographers and video filmmakers, I created short logo animations. These are excellent for initiating the actual opening credits of a film.

For creation, I use templates (so-called templates), or I create all graphics, animations etc. completely myself. 3D software is also sometimes used.

For my films I also create advance credits and end credits. Two examples can be seen below.

Maybe you’ve already noticed: I love maps of all kinds! That’s why I always try to highlight interesting places in my films or to depict entire journeys. I create the maps with the After Effects plug-in “Geolayers 3“.

Slideshows and other visual elements

I also do the presentation of my pictures using slideshows in After Effects. I then also create other visual elements, such as animated flags, etc.

I also create entire projects as well as data visualizations using motion design in After Effects. A small preview can be seen below. 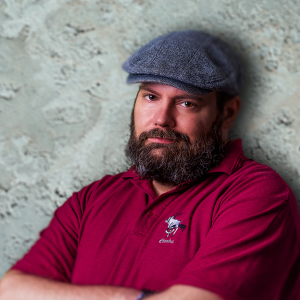 "When I have a camera in my hand, I know no fear" (by Alfred Eisenstedt). Five-Birds Photography ist Photograph, Filmemacher, Grafikdesigner und Reiseblogger aus Erlangen.
Menu