Even though the weather was not the best today, I had to go out in my last week of vacation to see what birds are hanging around.

I am still on the hunt for the kingfisher, which I unfortunately have not yet gotten in front of the lens. Through a photographer friend, I heard about a beautiful place where the kingfisher also hangs out. On the right side of the map you can see where this is exactly. Namely directly at the place of origin of the Regnitz (the Regnitz originates in the beautiful city of Fürth from the confluence of Pegnitz and Rednitz). Here the city has built a small wooden platform and also made the park quite beautiful.

So I went there with said friend for an hour and a half. Unfortunately, we did not manage to photograph the kingfisher. We saw two of them, but they shot across the water at such a crazy speed that they had already passed by the time you had the camera at your eye. If the photographer is too slow, even the fastest autofocus is of no use. Also the extremely large muskrat (we first thought of a young beaver, which is also very active in this area) I could unfortunately not photograph fast enough.

Nevertheless, I was able to take a few pictures and the trip was worthwhile. First we sighted a beautiful grey heron on a meadow. This is widespread and common in Eurasia and Africa. Four subspecies are distinguished worldwide. In Central Europe it is[Ardea cinerea cinerea]represented bythe nominate form.

A wagtail also[Motacilla alba]settled on a stone. The wagtail is a songbird species from the stilt and peeper family. It stands out for its contrasting black, white and gray plumage and the bobbing tail typical of stilts.

Of course, my beloved ducks were not to be missed on the Regnitz (I must have read too much Donald Duck as a child; I can’t explain my fondness for ducks any other way). In this case it was a landing mallard[Anas platyrhynchos]. This is the largest and most common swimming duck in Europe and the ancestral form of the domestic duck. 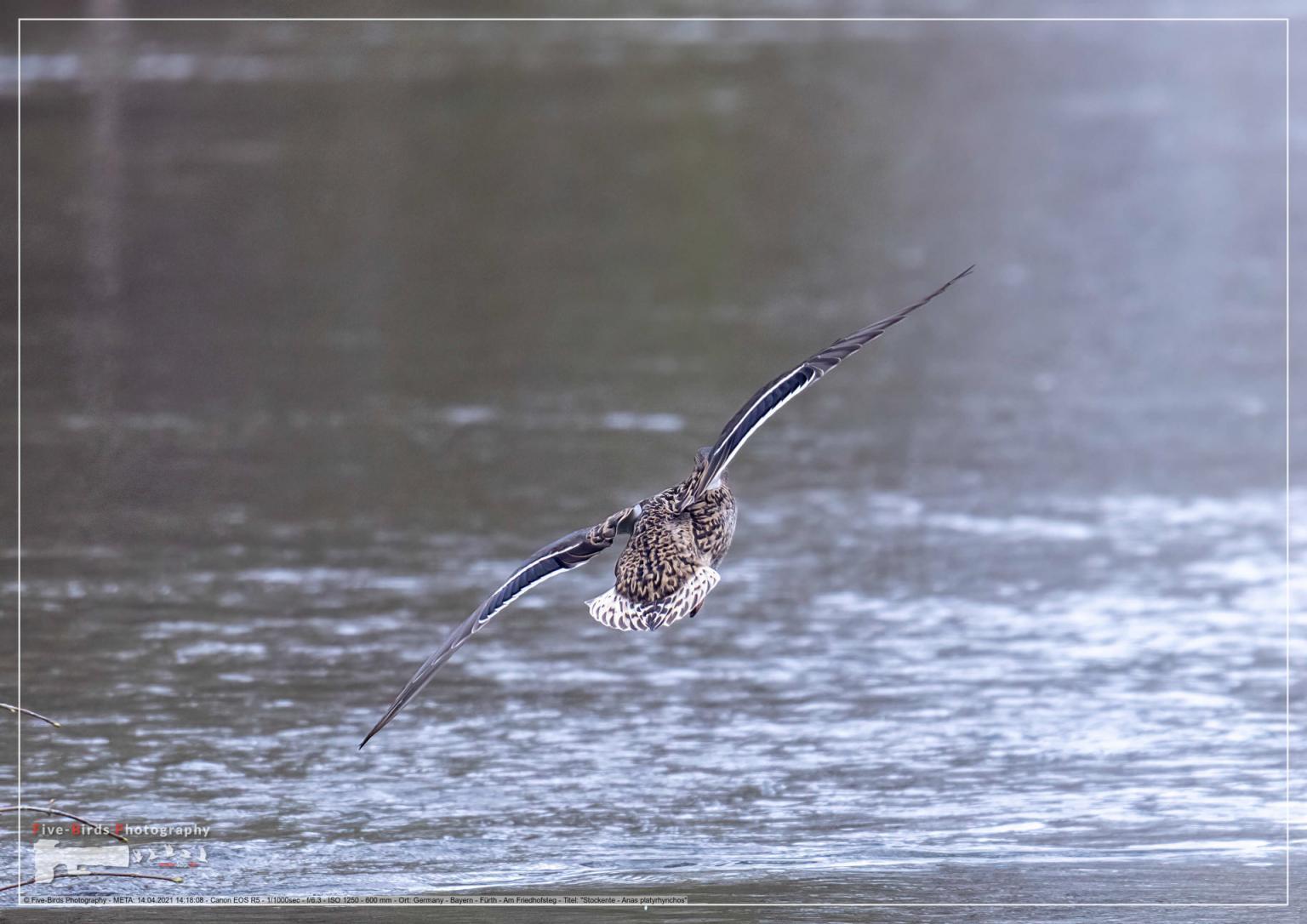 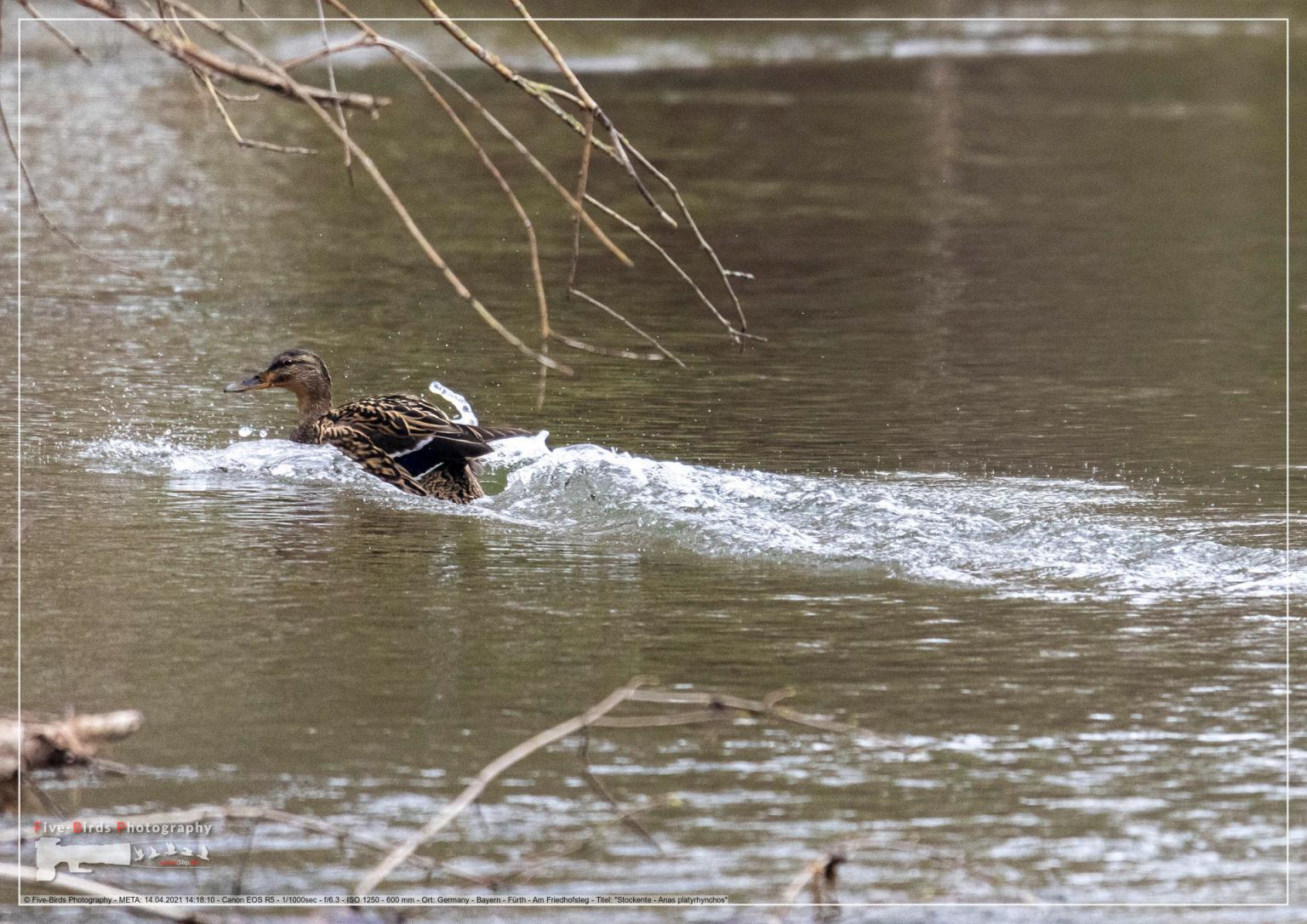 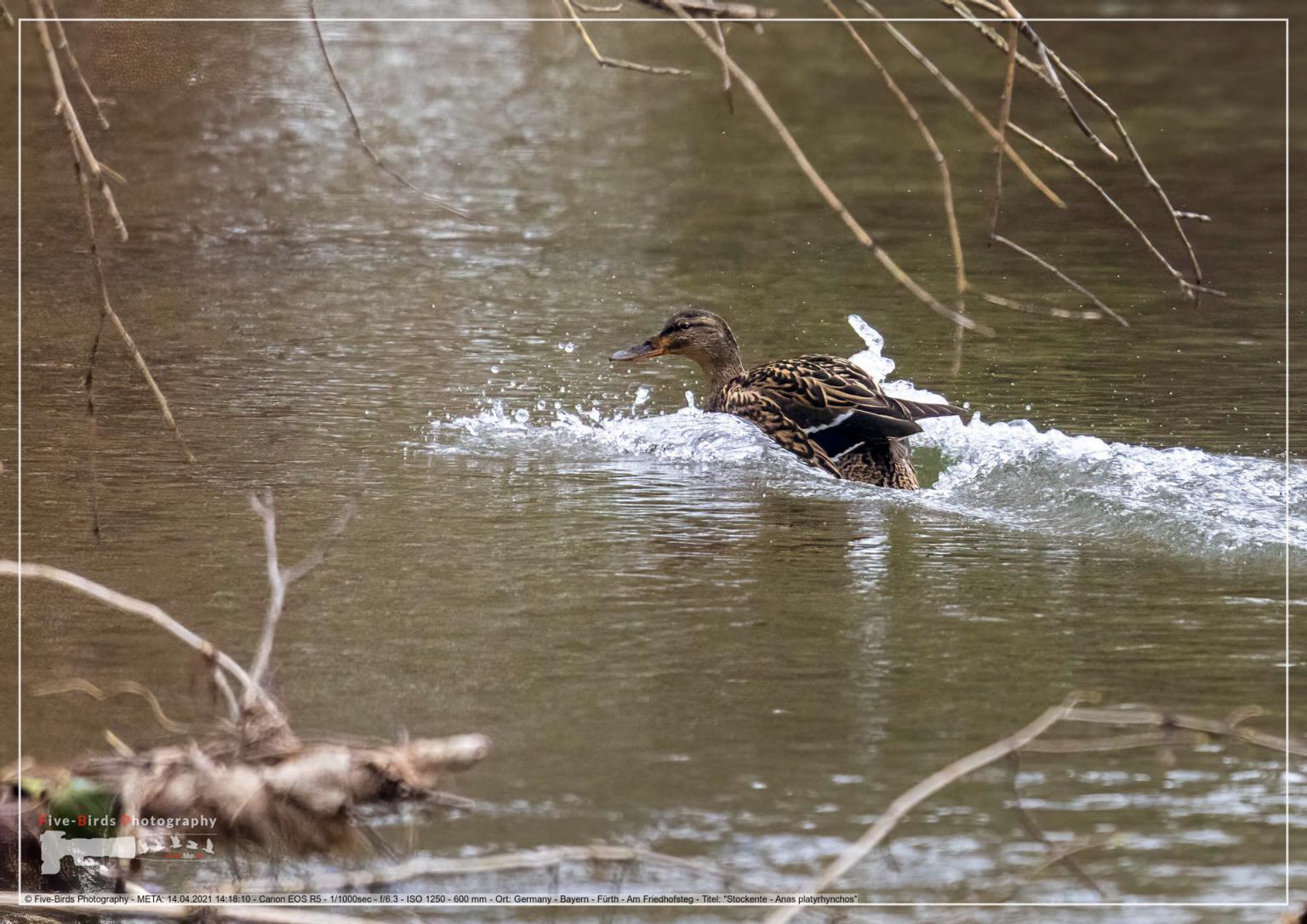 Of course, there were several pigeons in the city. The predominant species here was the rock pigeon [Columba livia]. It is the sole ancestral form of the domestic pigeon and thus also of the urban pigeon. This domesticated and feral form is one of the most successful birds on earth and is now distributed worldwide, except in the Arctic and Antarctic. The wild form, on the other hand, is restricted to Eurasia and Africa. 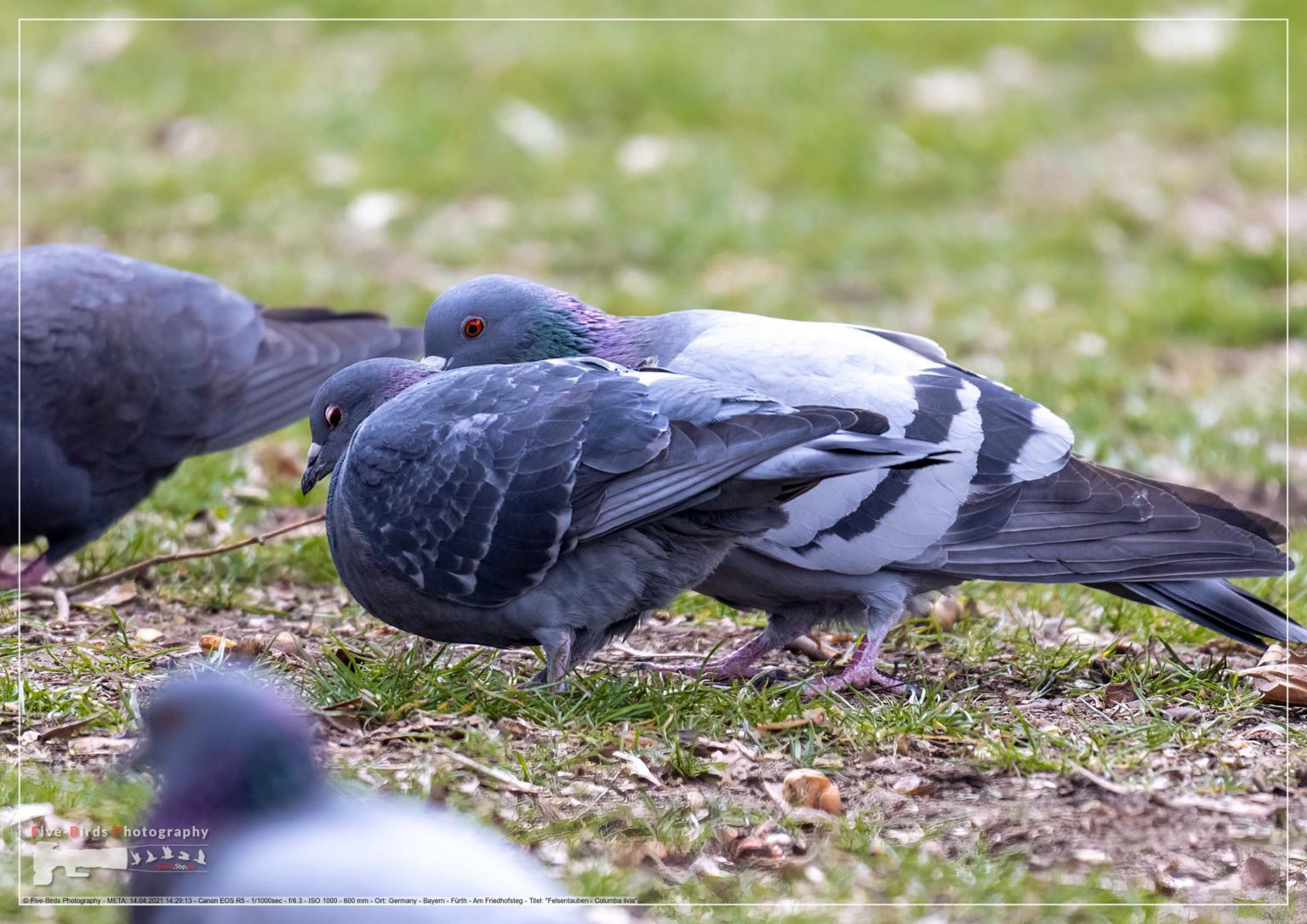 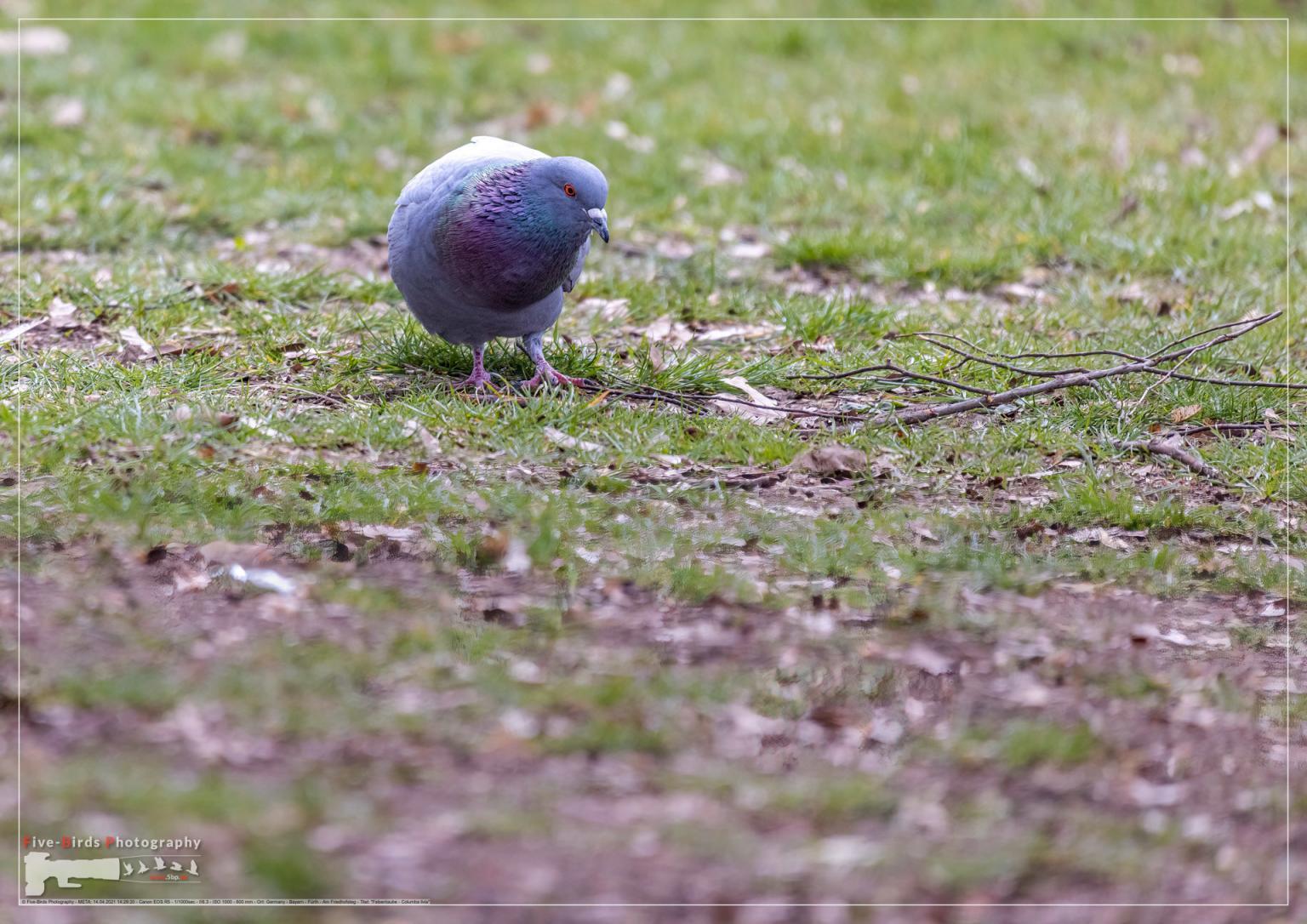 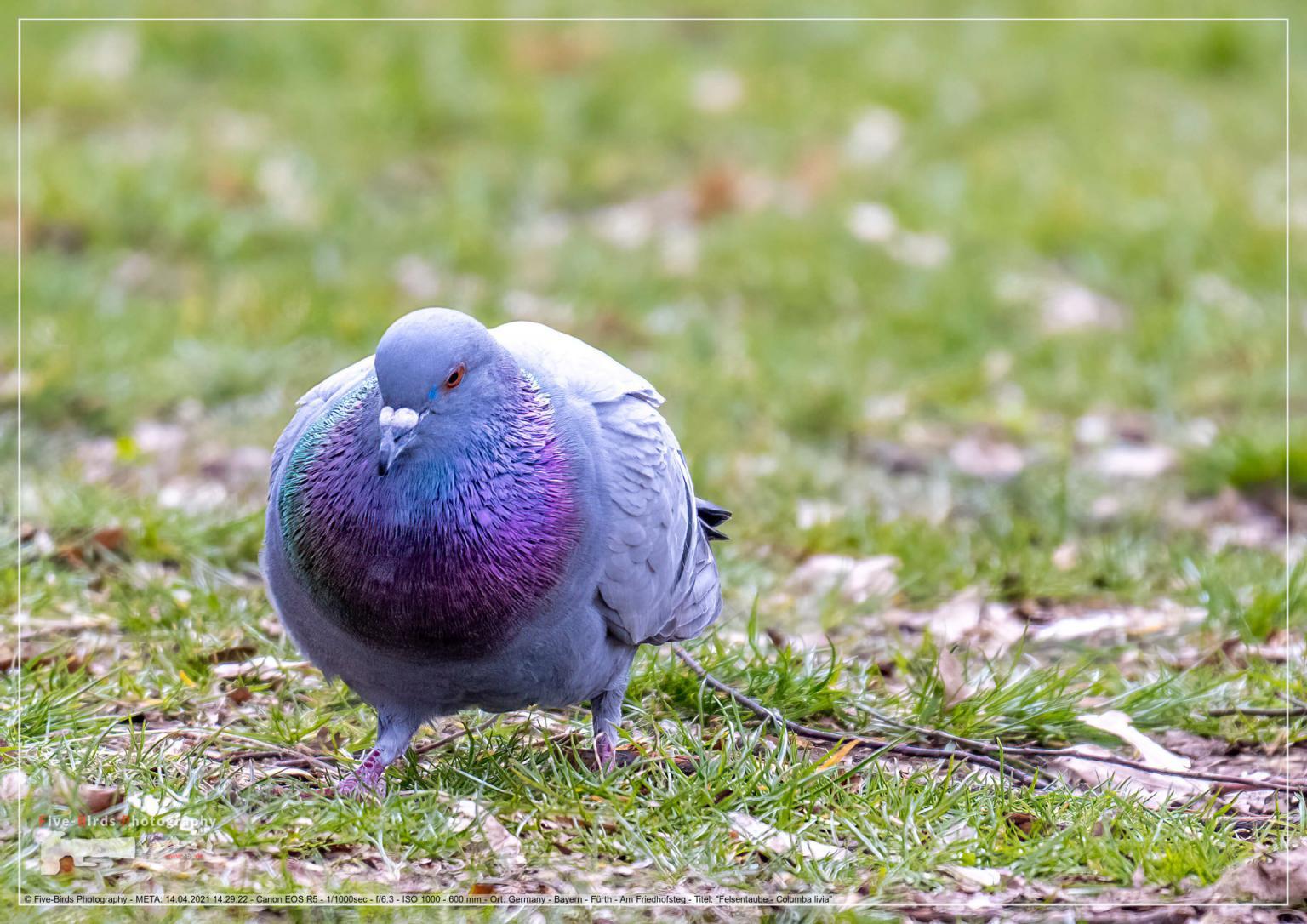 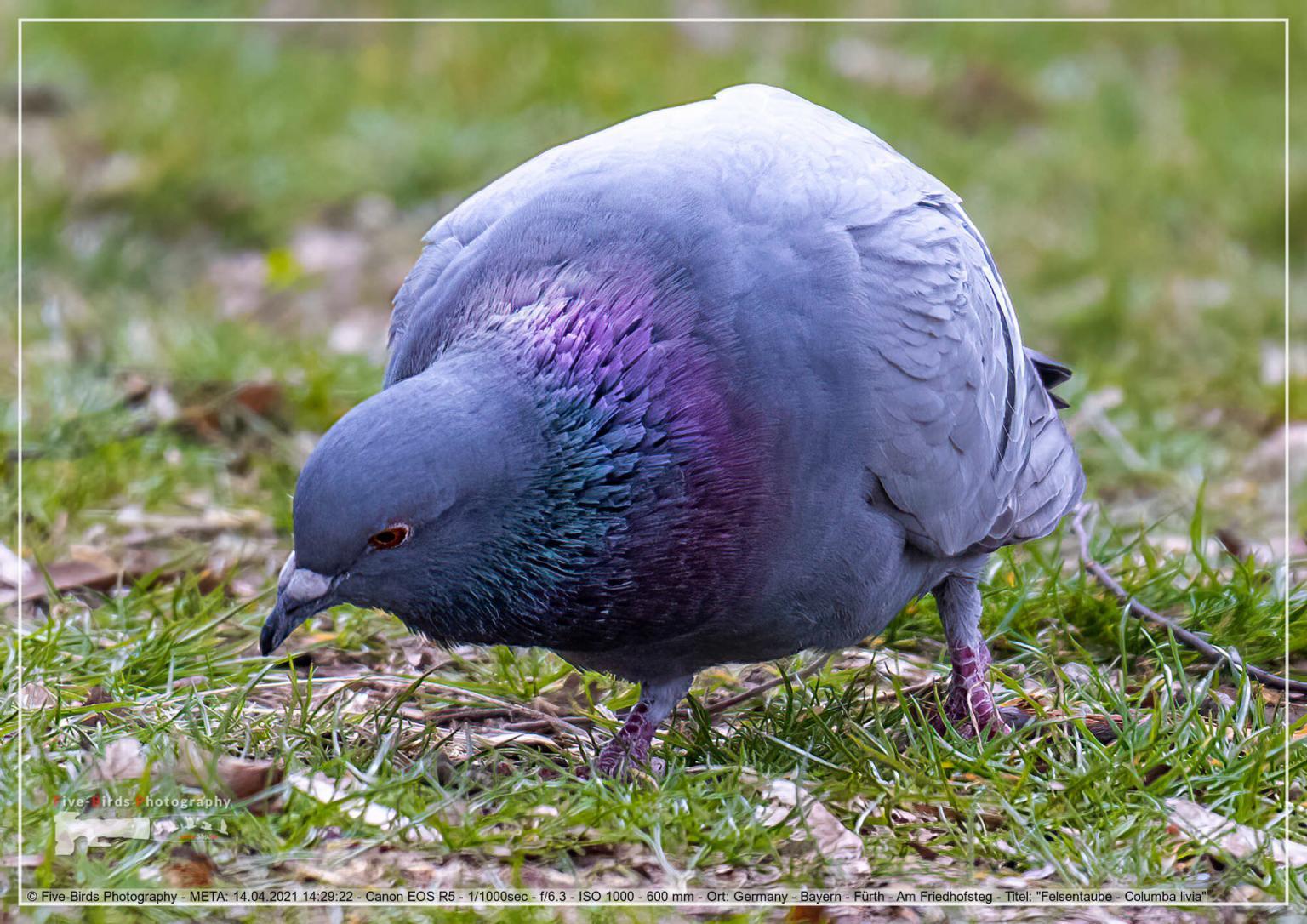 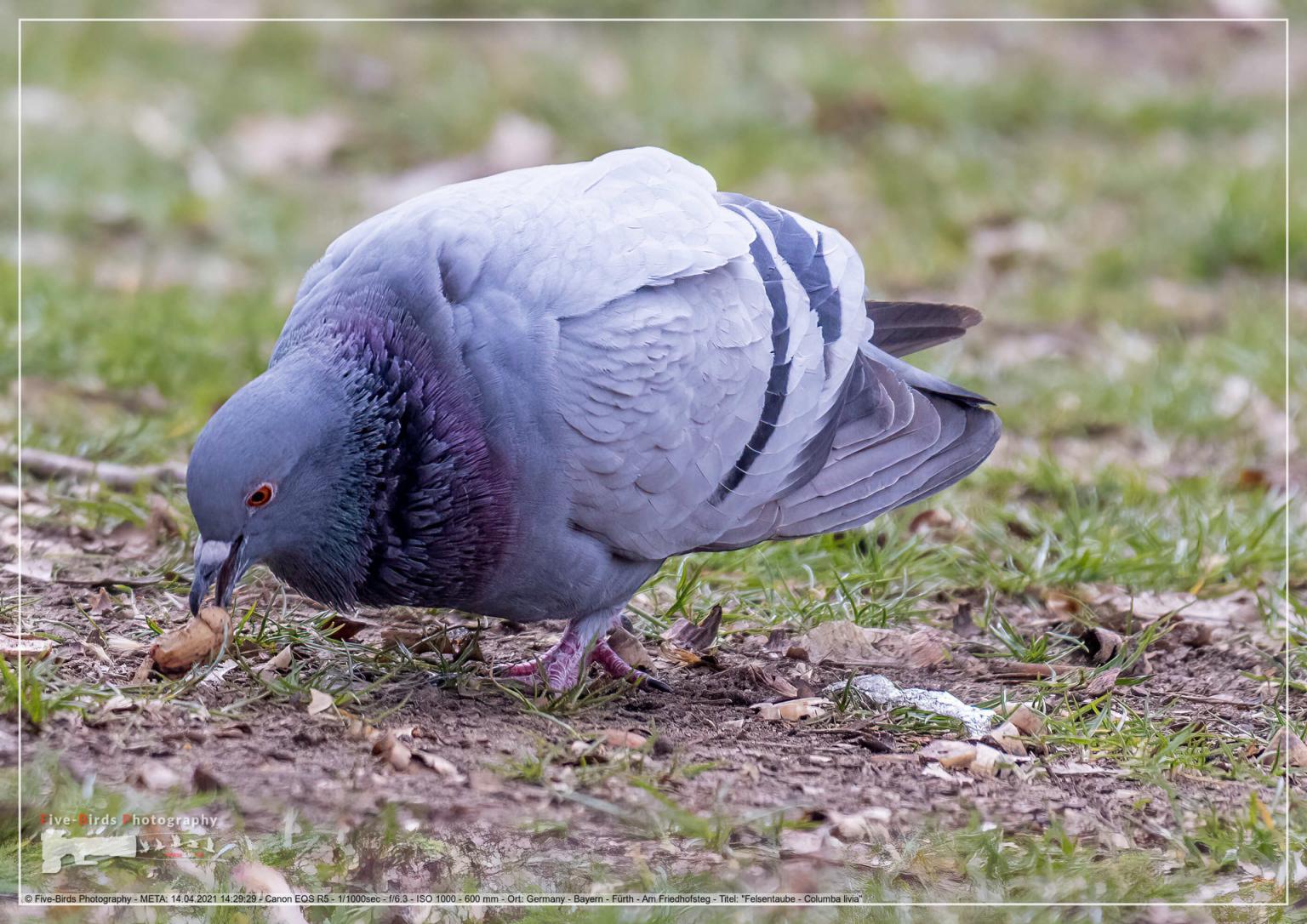 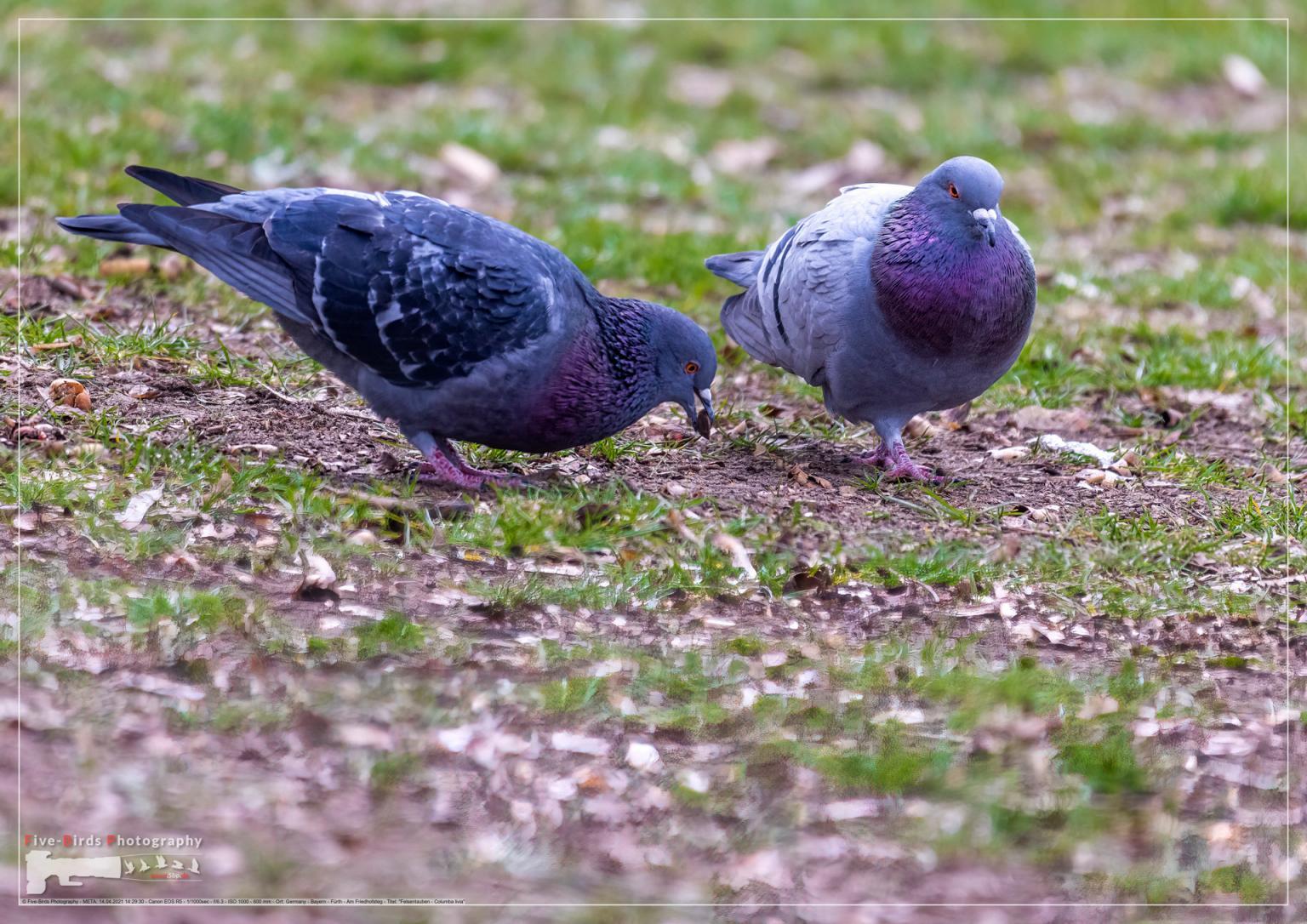 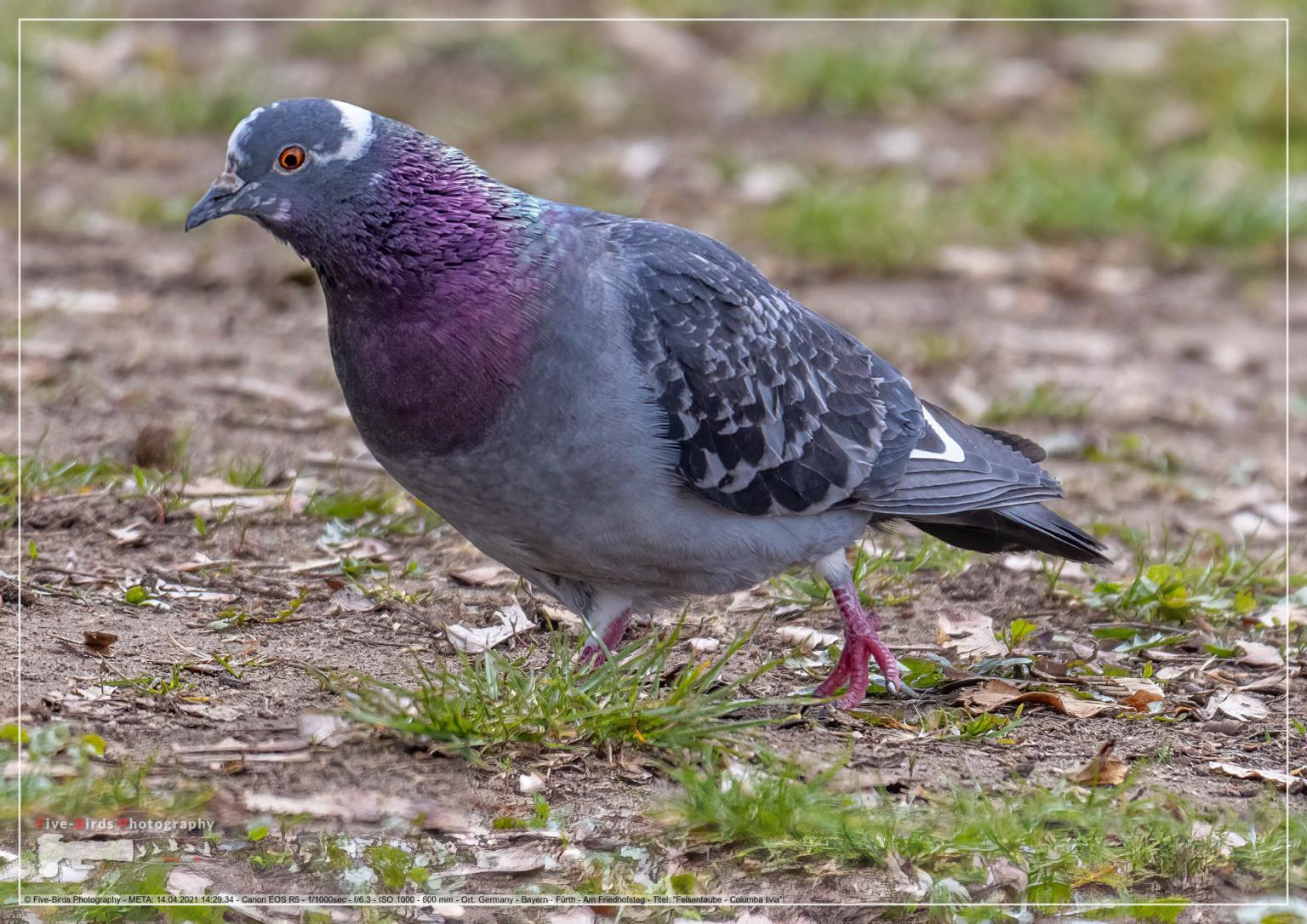 On the way back to the car I photographed a cute blue tit [Cyanistes caeruleus] in a tree. The small bird is easy to identify with its blue-yellow plumage and is very common in Central Europe. Preferred habitats are deciduous and mixed forests with a high proportion of oaks; the blue tit is also often found in parks and gardens. 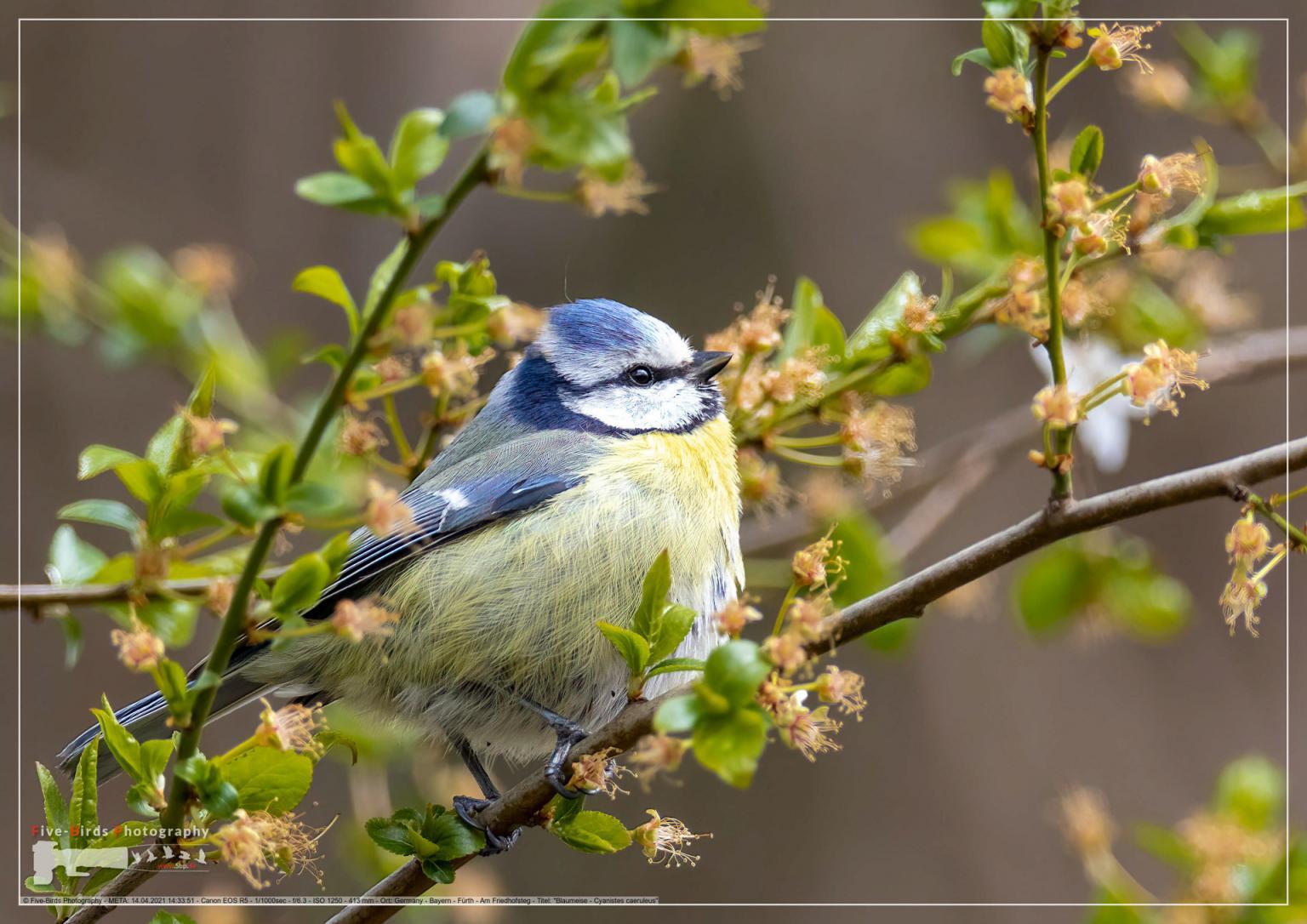 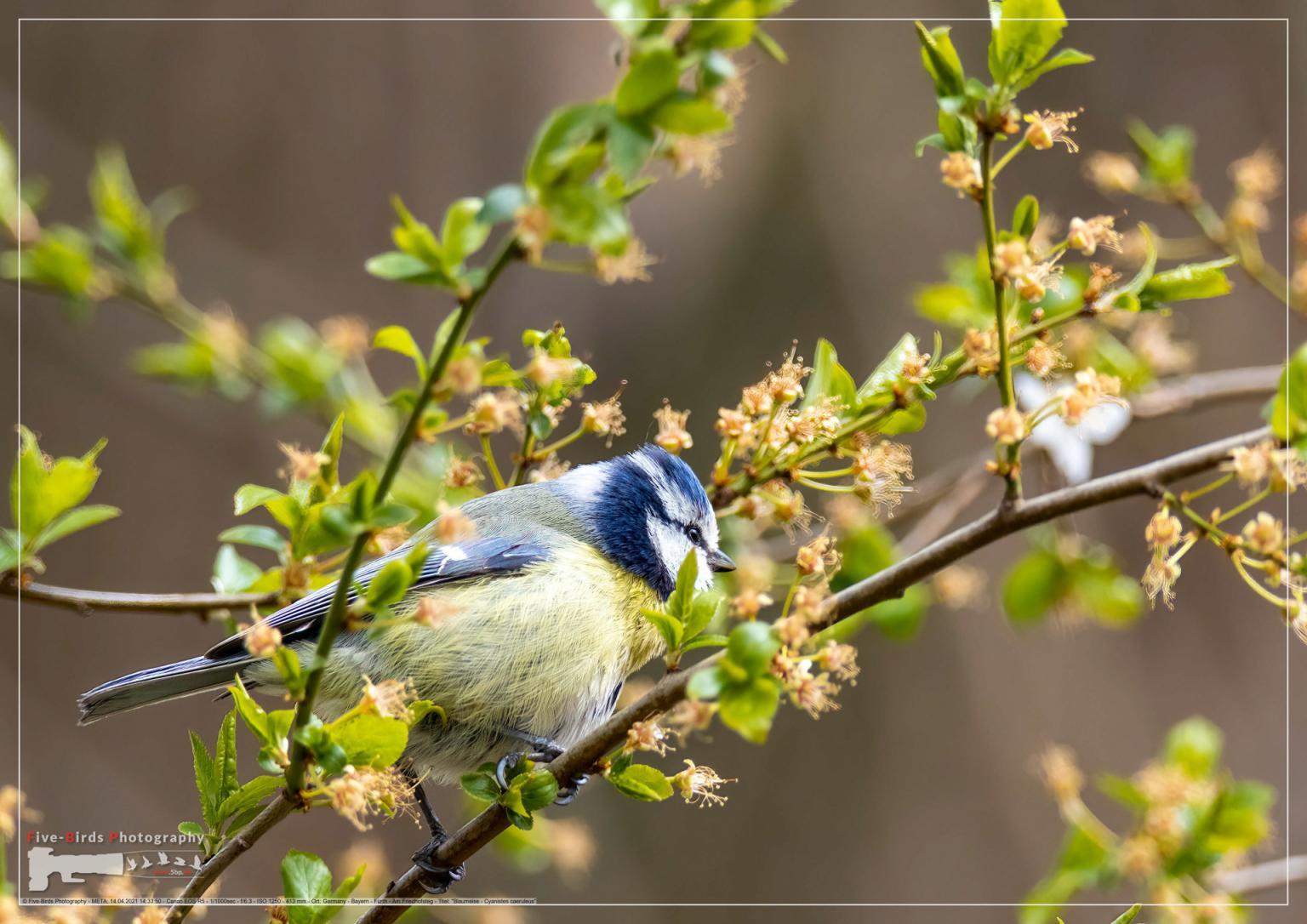 As always, all pictures of the birds are available in full size in the corresponding 5bp gallery

If you want to see more animals, just have a look at my category “Wildlife” here on my site.