Just in time for the weekend and fitting to the bad weather, I have again created a small contribution with a new film and a few pictures for you.

After I bought my new camera and after a long odyssey regarding a suitable, fast memory card (I’ll tell you more about that at a later time), the camera had to be tested extensively.

So I made an appointment with my dear friend Othmar from the photo and video circle Erlangen to visit our beaver at the Schwabach again.

Here I was able to test my new flashlight (okay it’s more of a floodlight) extensively (more on that in this blog post). From the resulting film and photo recordings, the following small film was created, which of course I do not want to withhold from you.

Of course I also took a few photos. By the way, since it is not worthwhile to create a completely new picture album for the beavers every time (sometimes you are on site for two to three hours, but the beaver shows itself only briefly and you have accordingly few pictures), I have now created a new category “Wildlife – Single animal shots” on the 5bp-gallery, where my photos are sorted by animals.

All pictures of the beaver are available in full size in the 5bp-gallery. 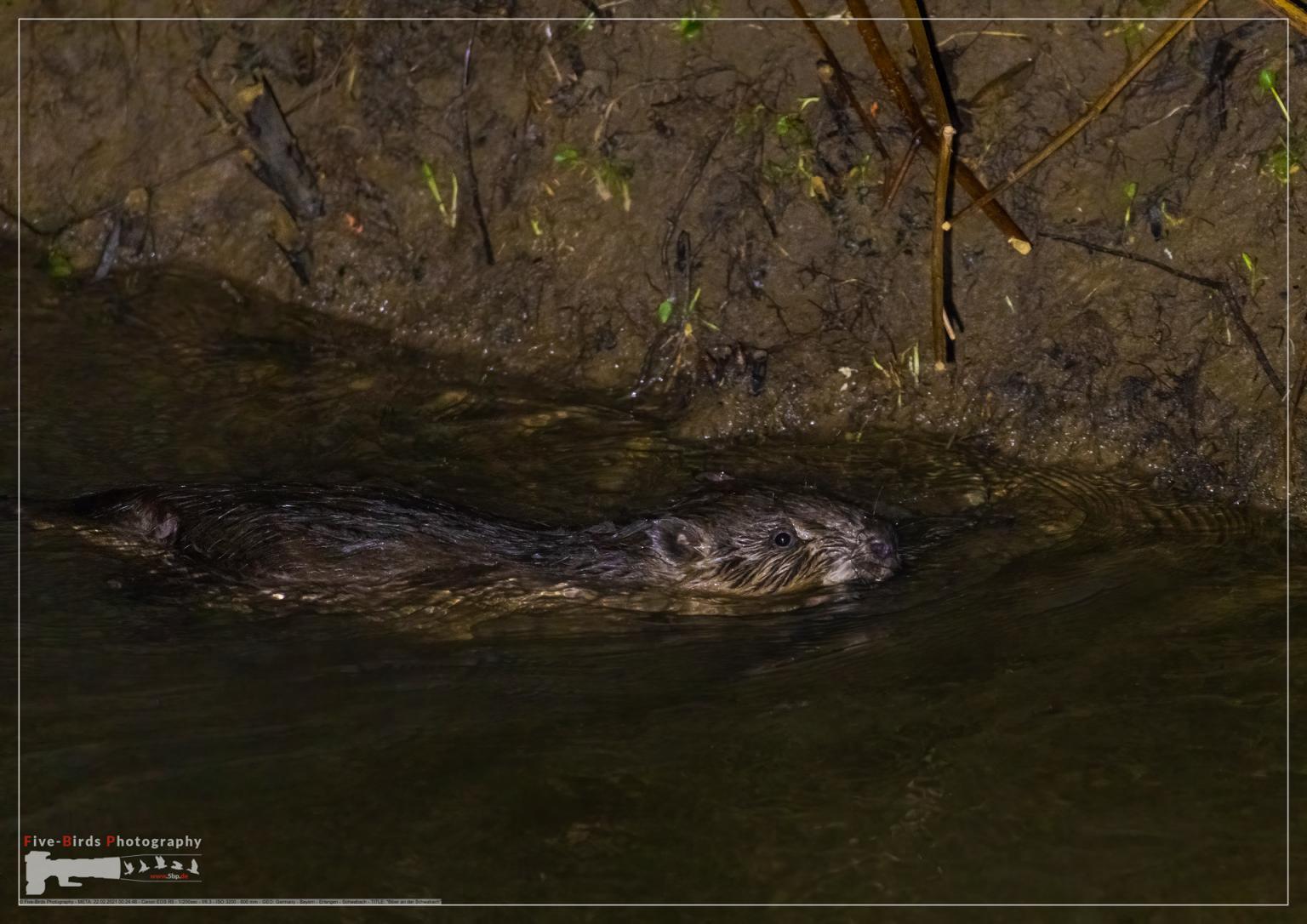 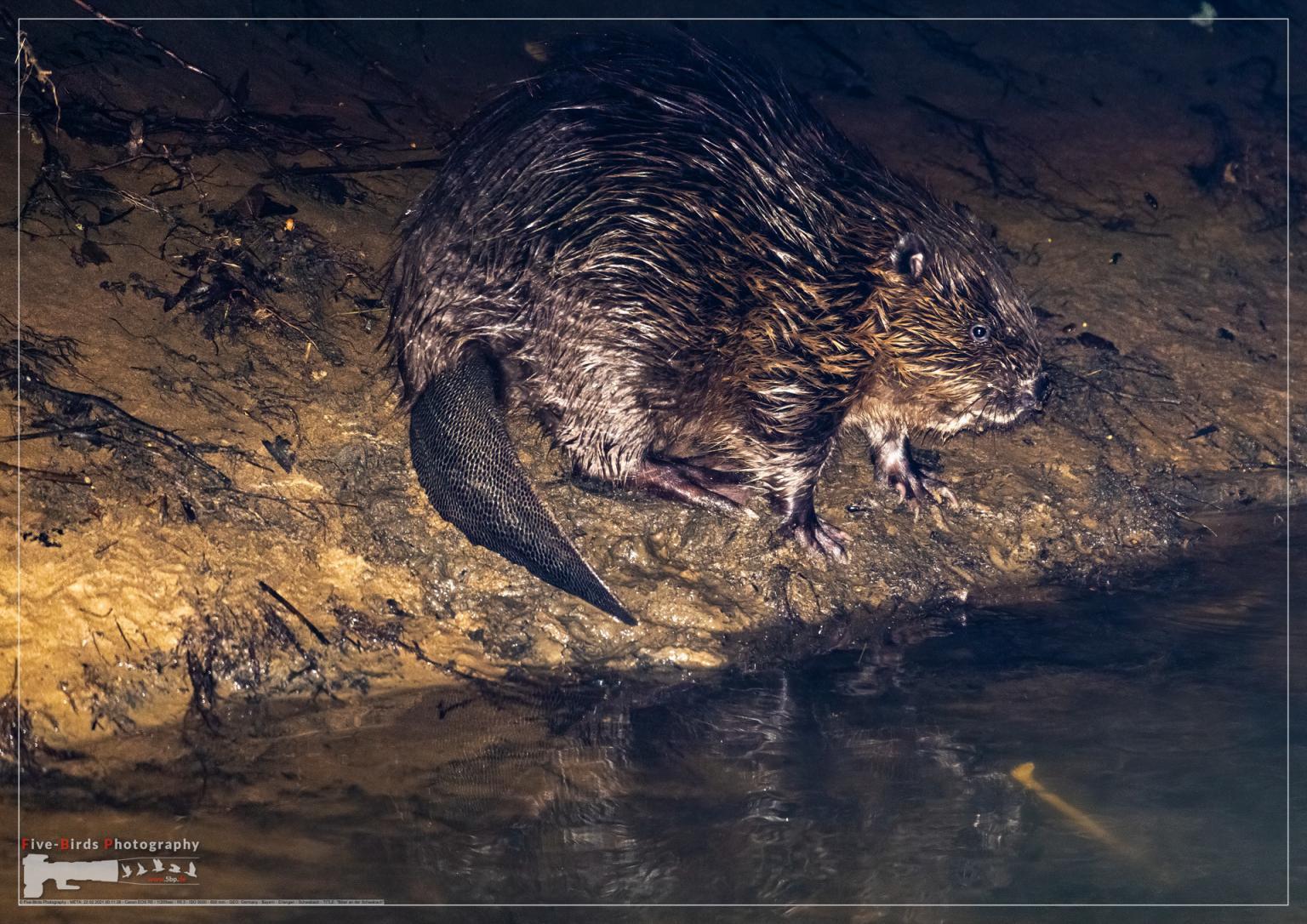 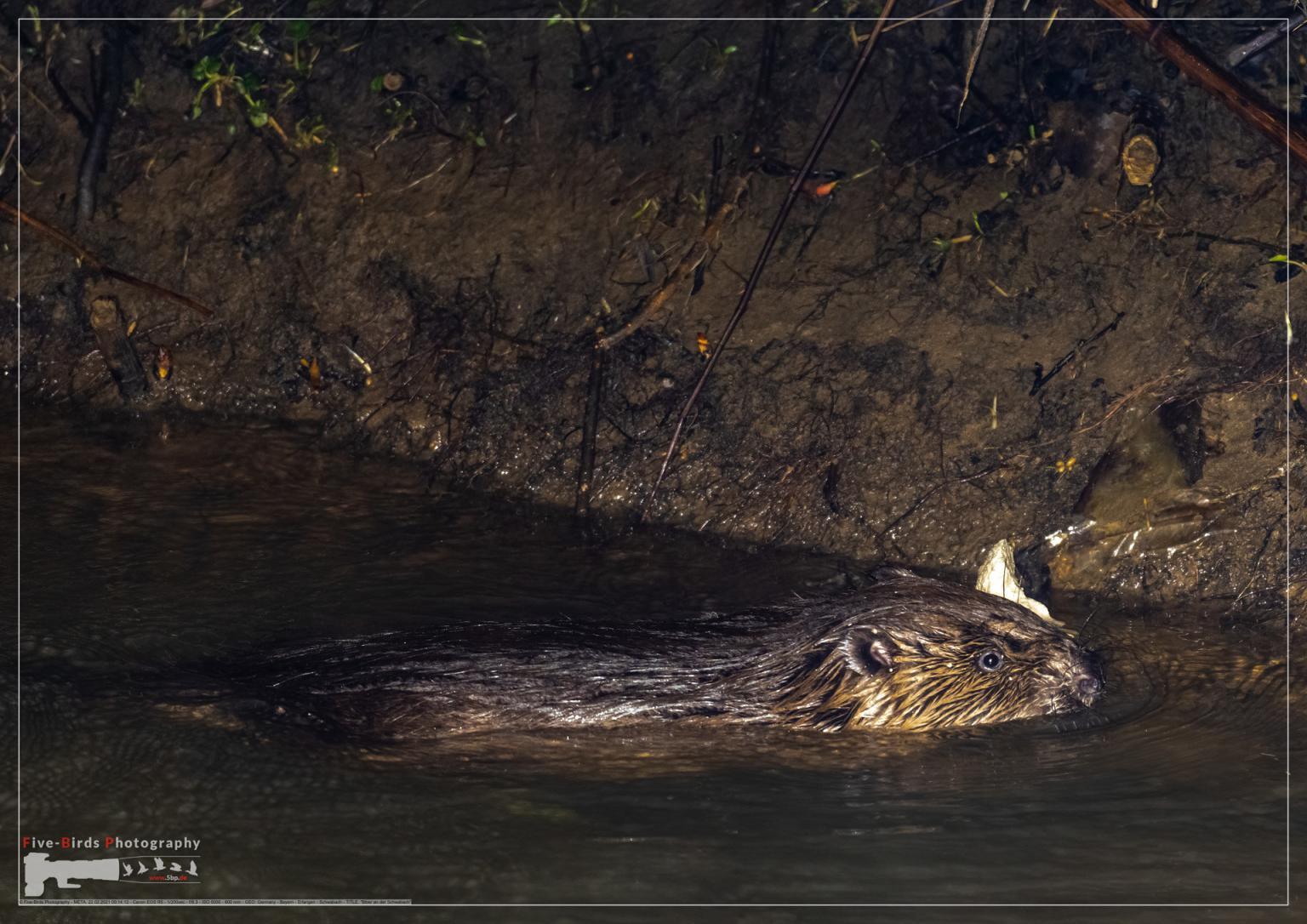 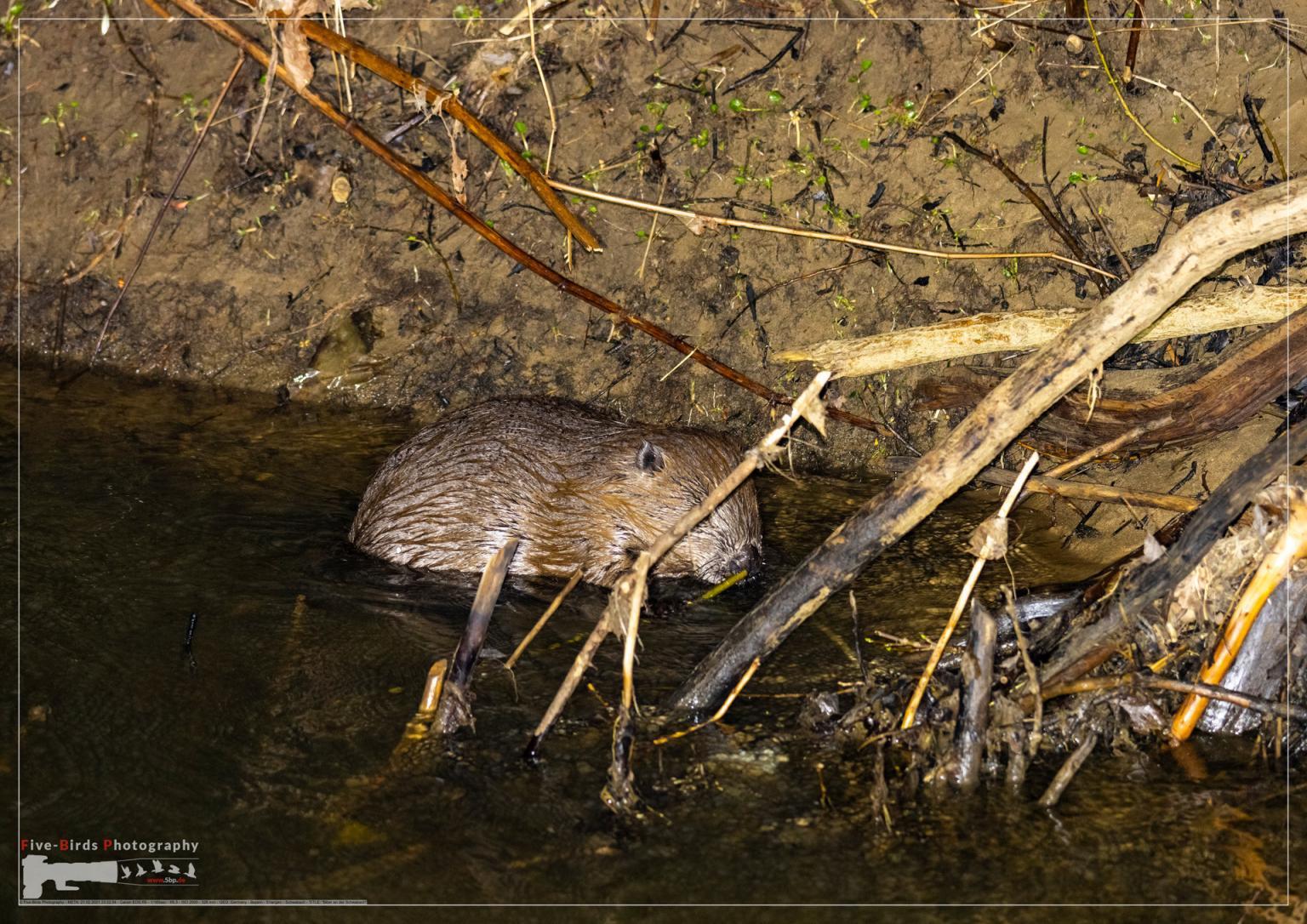 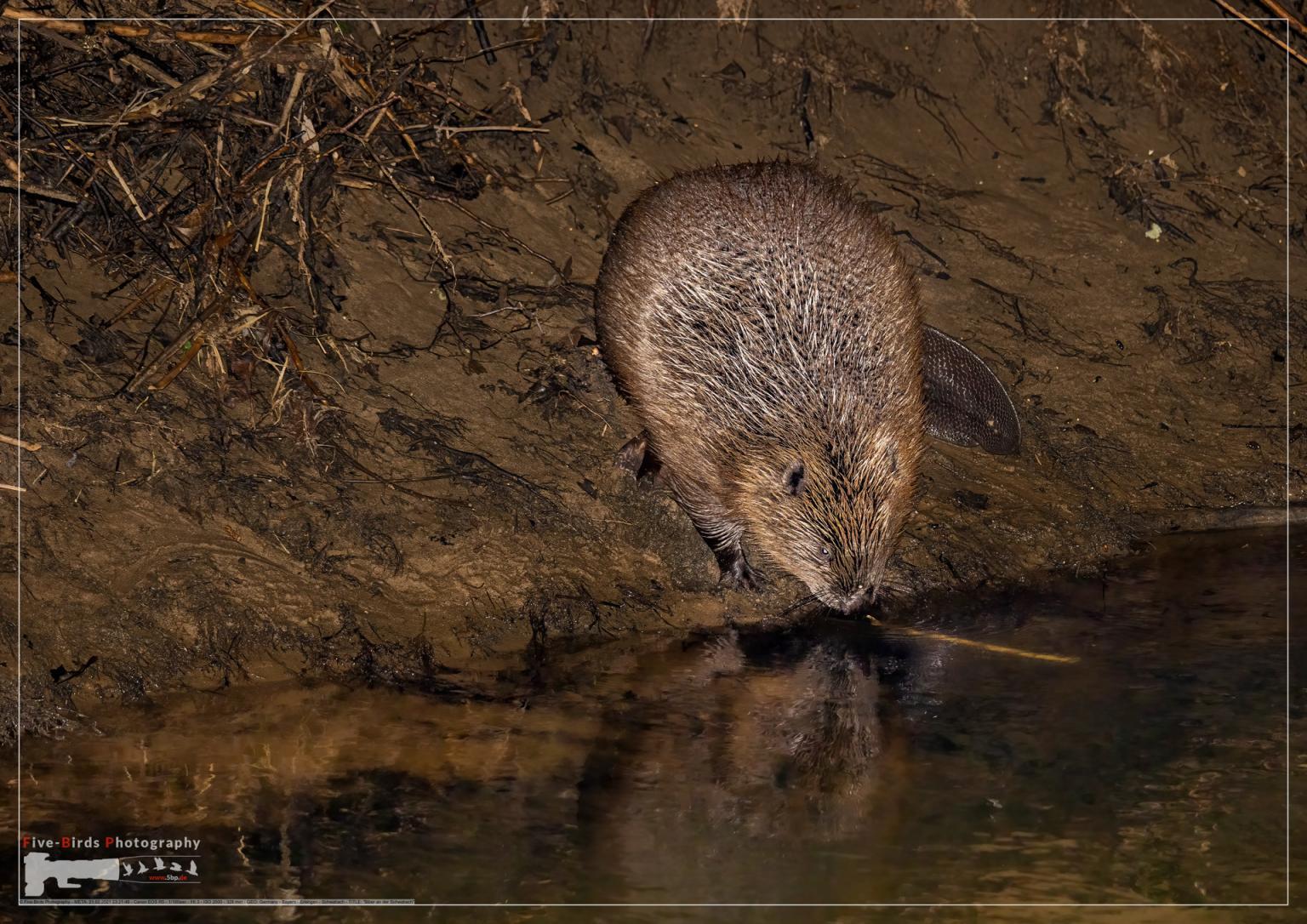 A few dates on the filming:
The first scene was filmed in 8K in RAW format. I got the other scenes in 4K at 120 frames per second, so I got a nice slow motion sequence here.

I also shot all the images in Canon C-Log format for the first time. This gives me much more possibilities for later video editing (larger dynamic range, you can imagine it a bit like photo editing with JPEG or RAW).

Everything was mounted on my 3legged Design tripod and Manfrotto video head.